"The key's in the name. Hannah VS. The Many. Not Hannah AND The Many... You wouldn't want to be part of the "Many" Hannah Fairchild's ferociously taking down - track by track..." 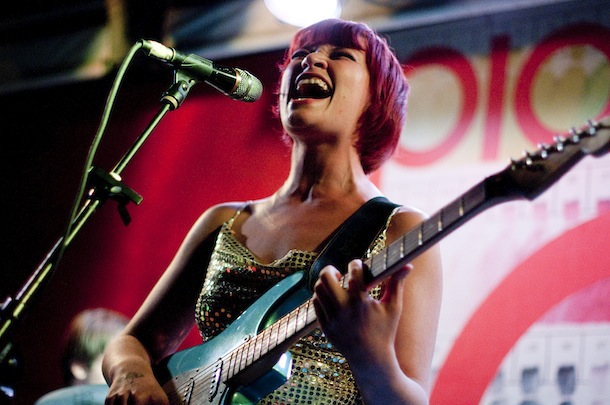 Hannah vs. The Many consists of Brooklyn based singer/songwriter/
antiheroine Hannah Fairchild and some of the more musically inclined members of her beloved urban family, most notably Josh Fox (lead guitar), Carl Limbacher (bass) and Daniel Muhlenberg (drums).

Hannah originally moved to New York City expecting to find work and meaning in the city's seedy underground indie musical theater community, which, as it turns out, doesn't actually exist. After two years of being rejected by every possible elementary school tour, Hannah said "fuck this" and started writing her own material.

Her lyrics are rooted in her musical theater background, with acerbic, rapid-fire observations that reflect her childhood obsession with Stephen Sondheim. Musically, she bends genres at will, blending influences from Kate Bush to The Replacements to Leslie Gore. Hannah's songs tell stories of heartbreak, hook-ups, drunken victories, narrow escapes, and all the other "pretty little tragedies" that come with being young and broke in the greatest city in the world.


The band released their first full length (All Our Heroes Drank Here) in 2011, and their follow up EP Ghost Stories was released in November, 2013.

"It’s safe to say that there is no better lyricist, tunesmith or singer in rock right now than Hannah Fairchild...Hannah vs. The Many are the real deal, the teens equivalent of what Siouxsie & the Banshees were in the 80s or the Avengers ten years before." 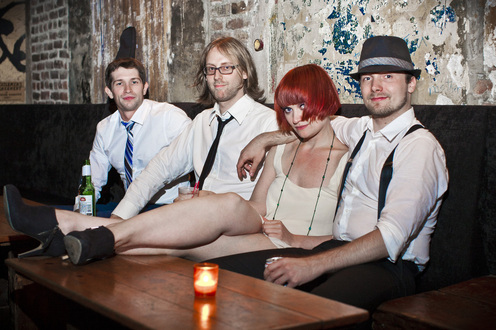 "Not many albums are as edgy, honest, beautiful, desperate, and hopeful as this one..."

twice as fast and twice as loud as the original.

Hannah vs. The Many is performing next at Arlene's Grocery on March 19th at 9pm.